warp and woof: canadian travels: A [?]Postdigital Encounter with PostDigital Encoun...: "'Bus-lagged' and in a new time zone (I'd thought it was 7 hours apart, but fortunately thought to ask Charlotte the time at 1 in the morning..."
Posted by jackie at 16:42 No comments:

Hunter Gatherer flies to Bristol in the middle of the night

Early this morning (2.30am Vancouver time - a little more civilised in the UK at 10.30am!) I gave my presentation by skype: ' Treasuring Media: Geoartcache and User Participation'. for the Postdigital Encounters, the Journal of media practice symposium, 2011, hosted by UWE's DCRC at Watershed, Bristol.

It seemed a good opportunity to play with the whole displacement/representation or pervasive media, alongside the creative imagination and call to respond that lies at the heart of the Hunter Gatherer project. I don't know whether those messages made it all the way across the Atlantic - time will tell, as the symposium delegates were extended an invitation to take part. To envisage and call into being the magical creature of the postdigital encounter, with a unique cache key just for the event.

Of course there isn't any treasure on the cache's web-page yet... until people start to respond. This is a two-way process, the key unlocks the treasure, but the treasure's only there when the messages are sent. So the first step is to hunt the cache. Then notice where your attention lies, note the moment, with all its ambiguity, share it openly, (with a little cache key attached so we know what you were looking for!), and then.... the magic begins, the treasure transforms, key opens the door, and  then there is more.... the story begins to grow.

Thanks to Charlotte for not only organising all sorts around the day, but also for acting as the magical creature to control the power point and films for me over on the other side.

Four themed caches are ready to go, with a new voice - the cousin of the Dales, the wonderful Manitoba creature, coming out of hibernation in Birdshill Park, just north of Winnipeg.

The creature is expected to be in sight by early July. For now you can wet your appetite for the hunt by looking at the cache pages on the gatherer3 website, thought the geocaching.com listing will not go live until the creature's first been heard.
Posted by jackie at 23:59 No comments: 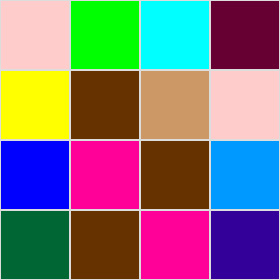 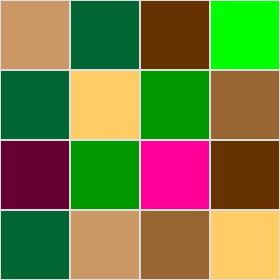 We've been out geocaching today near Selkirk (some great historical-trail caches with postcards to collect from each of the 24 sites) and in Birdsall Park.

Collected a few travellers - my first one each of: travel bug (Ottoman), geocoin (originally from Germany) and a glass trackable disc (made in Manitoba). They may just help to welcome the magical Manitoban creature as it wakes from hibernation over the next few days....
Posted by jackie at 04:01 No comments: 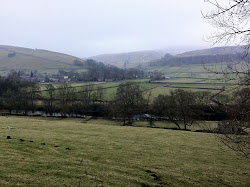